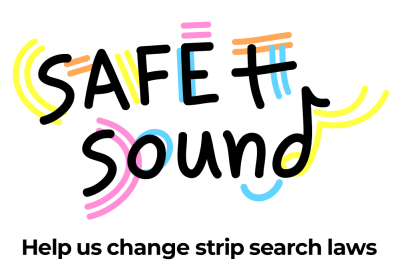 Were you strip-searched at a NSW festival?

From 2016 to 2017, strip searches conducted after the use of drug dogs almost doubled in NSW. A strip search generally requires a person to remove all their clothes and may involve visual inspection of a person’s body.

After being contacted by many people subjected to humiliating full-body strip searches at festivals and other public places, Redfern Legal Centre established the Safe and Sound campaign, which seeks to change strip search law in NSW.

We heard numerous stories of people who have undergone traumatic strip searches where police have failed to ensure the preservation of privacy and dignity as required by law.

Teenagers and children as young as ten have been subjected to a full-body strip search.1 In some circumstances, they have been asked to squat and cough.2

The stories we continue to hear about strip searches are distressing and could have been avoided.

In 2019, the pressure placed on NSW Police by our strip search campaign and complaints from the public led to a series of investigations by the Law Enforcement Conduct Commission (LECC) into policing practice. The evidence delivered at the LECC hearings included a police officer who conducted 19 strip searches at a 2018 music festival, admitting to the inquiry that all of them may have been illegal.3

There have since been a number of significant changes to the way NSW Police conduct strip searches, but there is still more work to do.

Redfern Legal Centre is working with the law firm Slater and Gordon on a class action against the state of NSW for unlawful police strip searches at festivals across NSW. Learn more and share your story here.

The laws and procedures guiding strip searches need to be improved. Young people should feel safe to ask police for help when it is needed. But the overuse of strip searches is making young people feel unsafe and closing down lines of communication with police.

We all want young people to be safe. Let’s work together to prevent the overuse of strip searches.

Learn More About the Campaign

[3] The Guardian, NSW police officer admits his 19 strip searches at music festival may have been illegal, 22 October 2019.

“I don’t tell many people about what happened because I feel very vulnerable, embarrassed and get teary.”